The history is full of people that, despite their exceptional qualities, extraordinary feats, heroic acts of altruism and outstanding qualities, lived their life ignored and unrecognized by the masses. We also know so many people, instead, that just out of luck or a fortuitous sequence of events, ended up becoming famous, getting more recognition than they deserve and conquering the favour of the masses.

It is an old story, of which Nassim Taleb in his Black Swan, talks about.

What we call “talent” generally comes from success, rather than its opposite. A great deal of empiricism has been done on the subject, most notably by Art De Vany, an insightful and original thinker who singlemindedly studied wild uncertainty in the movies. He showed that, sadly, much of what we ascribe to skills is an after-the-fact attribution. The movie makes the actor, he claims – and a large dose of nonlinear luck makes the movie.

What happens for actors, happens also for writers, operative systems, world championships and ordinary mundane tools of our day to day life. It is no marvel then, that this should happen also for razor blades, right?

Without going to far, and keeping the discourse in the realm of double edge blades, there are some blades which, silently, have been doing a truly outstanding job years, yet without getting too much recognition to the point of being virtually unkown to most people in the wet shaving community.

Maybe for the lack of aggressive marketing campaigns, or maybe for the apparently higher price required to make such a blade, until recently KAI blades didn’t get much attention.

And while the old advice of trying a variety of blades to find the ones that best work for us is always valid, a very warm recommendation is to give this outstanding blade a try.

Despite the fact that I have been shaving since a while and tried quite a lot of blades, this blade, since its first use, simply left me speechless (and happy :))

What does it have that makes it so different from the others? Provided that no words will ever be able to substitute the direct experience, I can say that it’s certainly a very sharp blade but that, at the same time, it is very forgiving. These two characteristics push it quite off the charts compared to many other blades.

Is that it? Of course not. Those are blades that last for quite a while. Personally I can get even to 7-8 shaves without the blade showing signs of aging.

Any defect? Well, I would say the the only one is represented by the price. It’s also true that spending 20 cents to shave with a blade that lasts only 2 shaves is less convenient than spending 60 cents for a blade that lasts for 8 shaves. And this does not take into account the pleasure that the blade can offer during the shave.

All of this is accompanied by charm and romance. This blade, indeed, is produced in Japan, the region where the millenary tradition of swords, knives and generally blade making is handed down from generation to generation. Just to be clear, the same tightly guarded tradition which once made the Katana per skilled samurai.

And from Japan it derives also all the elegance and minimalism that often goes together with extreme quality: an extreme and essential simplicity. The blade, indeed, is wrapped in simple white wax paper and it is entirely devoid of marks or engravings.

If you would like to satisfy your curiosity toward these blades just visit KAI Stainless Steel blades at our website.

You can buy even just one blade and the shipping costs, world-wide, amount to just 1 euro.

If, instead, you’d like to buy a larger amount, you will find them at the following link. You’ll be able to find sets of 20, 40 and 80 blades at very competitive prices.

Well, I have nothing left to say, except wishing you a pleasant shave 🙂

Sorry, we are not online. Please leave a message.

Do you need help? Save time by starting your online support request.

We are online!
Send
Feedback

Help us help you better! Feel free to leave us any additional feedback. 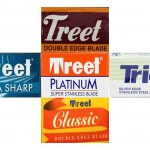 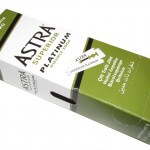 ASTRA – Superior Platinum double edge blades
We use cookies to ensure that we give you the best experience on our website. If you continue to use this site we will assume that you are happy with it.Ok